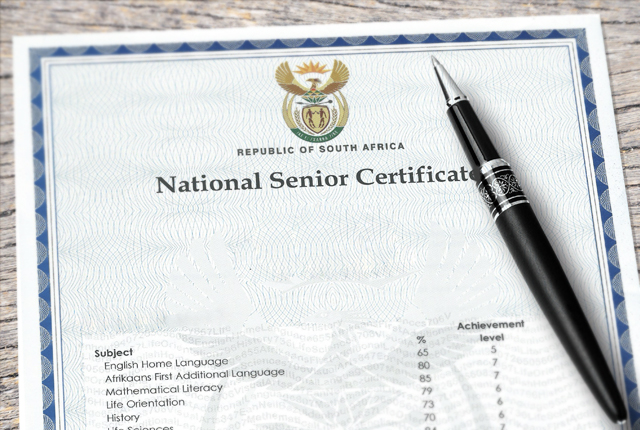 Equal Education and Equal Education Law Centre media statement: Umalusi and the Department of Basic Education have not convinced school communities that a national rewrite of the leaked maths and physical sciences exam papers is the only way to protect the integrity of the matric exams

“It’s unfair that all learners will have to suffer for what was done by a few greedy individuals… I’m not prepared [to rewrite]. I’ve told myself that I’m done and that was it… Only the schools [where learners] were found responsible should rewrite. Not the whole country.” – Ntombi Mngomezulu, matric learner and Equal Education member, KwaZulu-Natal.

“We as learners have to suffer emotional trauma once more trying to prepare again, keeping in mind that we never had the chance to finish the syllabus thoroughly. I think we should not be rewriting since the Minister (Motshekga) and Umalusi have not given us tangible evidence as to why everyone should write and how far the paper was spread.” Matric learner and Equal Education member, Gauteng.

“The rewrite of the maths and physics papers will be fair. The reason is people have worked very hard and they didn’t sleep, while others had practiced with a question paper. Speaking on behalf of my sister, she said that “she is ready to write again” because she [spent] almost 18 hours practicing things that she is not sure about.” – Benedict Matsaung, matric learner and Equal Education member, Limpopo.

We are extremely worried about the stress and uncertainty that has been caused by the leaking of the matric maths and physical sciences papers, and by the decision that the two papers must be rewritten by all learners. Matric learners and teachers have had to struggle against many horrible difficulties this year to reach the final exams. As we have said many times before, the COVID-19 pandemic made the shortage of learning materials and other resources in schools in poor and working class communities even worse.

Based on what officials from Umalusi and the Department of Basic Education (DBE) have said in the media, we are not convinced that getting all matrics to rewrite the leaked maths and physical sciences exam papers, is justified. The leaking of exam papers is very serious, but Umalusi and the DBE have not made a strong enough case for why insisting on a national rewrite is appropriate in this moment.

The public deserves to know when papers were leaked, how far these papers were circulated and how many questions, from each paper, learners had access to. Decisions that drastically affect learners and teachers are being made in a way that is not transparent.

Umalusi and the DBE have a duty to explain to learners, parents and teachers all the options that were considered to protect the integrity of the matric exams, before settling on the rewriting of the papers as the only solution. What must also be clearly and carefully explained to learners, parents and teachers, are the consequences of Umalusi refusing to confirm that the maths and physical sciences results are valid, on the post-school education opportunities for matrics and their ability to get jobs.

Some matric learners have already given away their textbooks. Very few of the matric learners that we spoke with today are optimistic about the rewrite because they are prepared to spend the time doing revision that is focused on just two subjects.

This is a terrible situation, and we understand that it is complicated. It does not seem that Umalusi or the DBE spoke to learners before coming to this decision, and we urge them to do that immediately.

Improving the security of the matric question papers is urgent, because this is not the first time that the question papers have been leaked.  Learners cannot be punished for the weaknesses in the DBE’s security systems and for the criminals who try to make money from the desperation of learners.

The DBE must also have a proper explanation for school communities on the gaps in security and how these will be fixed. The leaking of papers must be avoided at all costs, to ensure that matric learners are not again put in this very unfair situation.

Leanne Jansen-ThomasEE and EELC media statement: Umalusi and DBE have not convinced school communities that a national rewrite of the leaked maths and physical sciences exam papers is the only way to protect the integrity of the matric exams12.07.2020