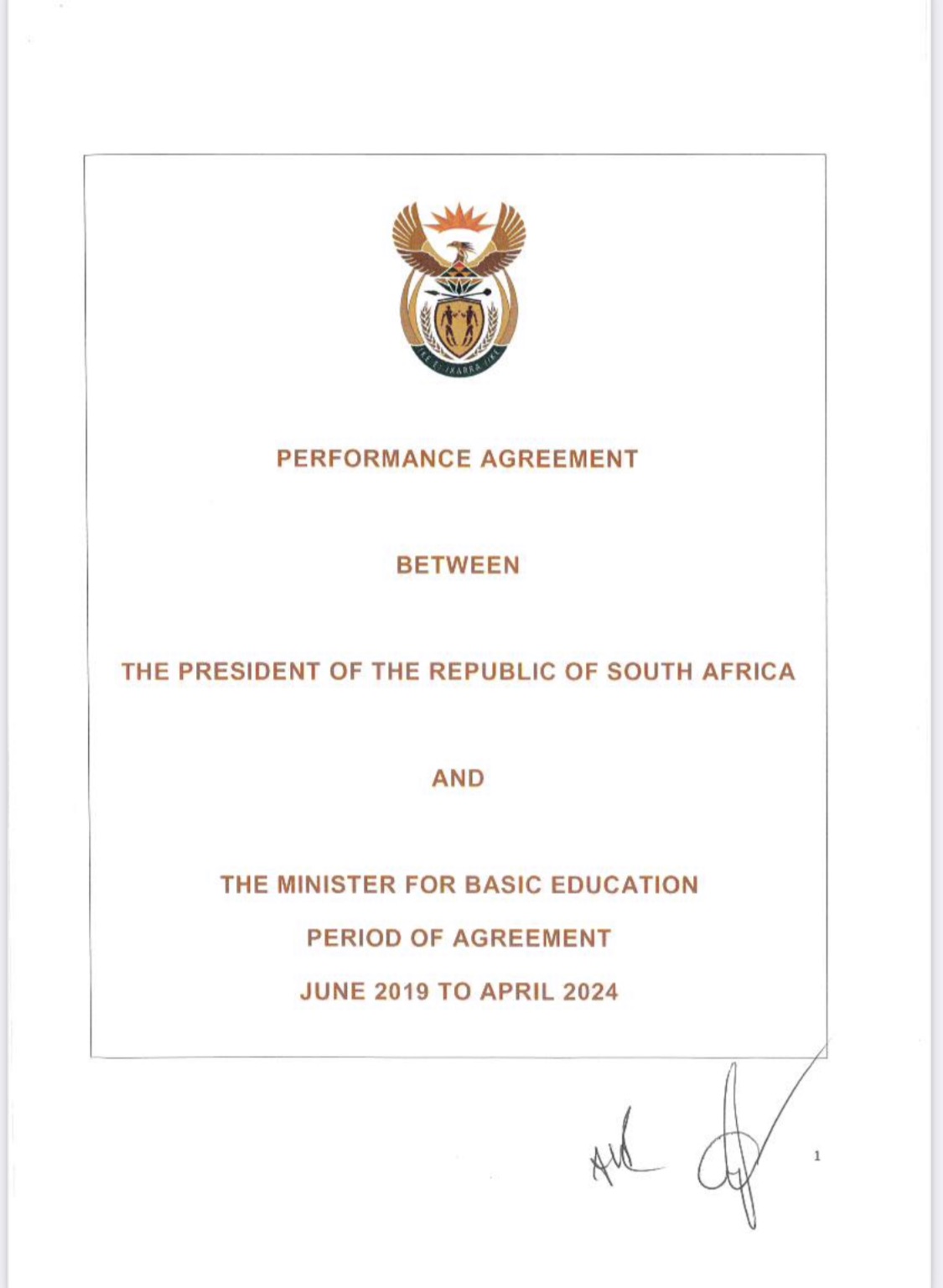 South Africa has taken a step forward to greater transparency and accountability from our government, with the release of the performance contracts of all cabinet Ministers to the public –  which Equal Education (EE) has been calling for since May 2019.  For too long we have watched public servants fail to do their jobs, without consequences.

On 29 May 2019, President Cyril Ramaphosa said, when announcing his new Cabinet, that the performance of Ministers, “individually and collectively – will be closely monitored against specific outcomes” and that performance agreements would be signed.  Immediately, we called on the President to make public the contracts of Basic Education Minister Angie Motshekga and all other Ministers. We then said we couldn’t afford another five years of weak political will, desperately bad planning, incompetence, poor accountability, and constant blame-shifting. We said that making the performance contracts publicly available, would allow school communities to measure Minister Motshekga’s performance against the outcomes outlined in her performance contract.

As learners, post-school youths, parents and teachers, we have kept making this call for the last 18 months. We held our own swearing in ceremony for Minister Motshekga and drafted a People’s Performance Contract for her, in June 2019. Late last year, we held a People’s Performance Appraisal, where we reviewed Minister Motshekga’s performance in the first six months of her third term in office.

After examining the performance agreement between President Ramaphosa and Minister Motshekga, we see that we have secured important victories. Of the key performance areas (KPAs) that we called for in our People’s Performance Contract, the following has been included:

Other longstanding calls made by EE have also been included in Minister Motshekga’s performance contract, such as getting rid of wasteful, fruitless and irregular expenditure, paying building contractors within 30 days and encouraging community participation in school governance. We are happy to see that timelines have been included for the meeting of the objectives listed in Minister Motshekga’s performance contract. We will be monitoring these deadlines closely.

Even though Minister Motshekga’s performance contract has some weaknesses, including the absence of a performance area related to scholar transport, the publication of this document is a positive step forward.

The true value of Minister Motshekga’s performance contract being made public, needs ordinary South Africans to use it to measure her performance and hold her accountable. We will be leading from the front on this!