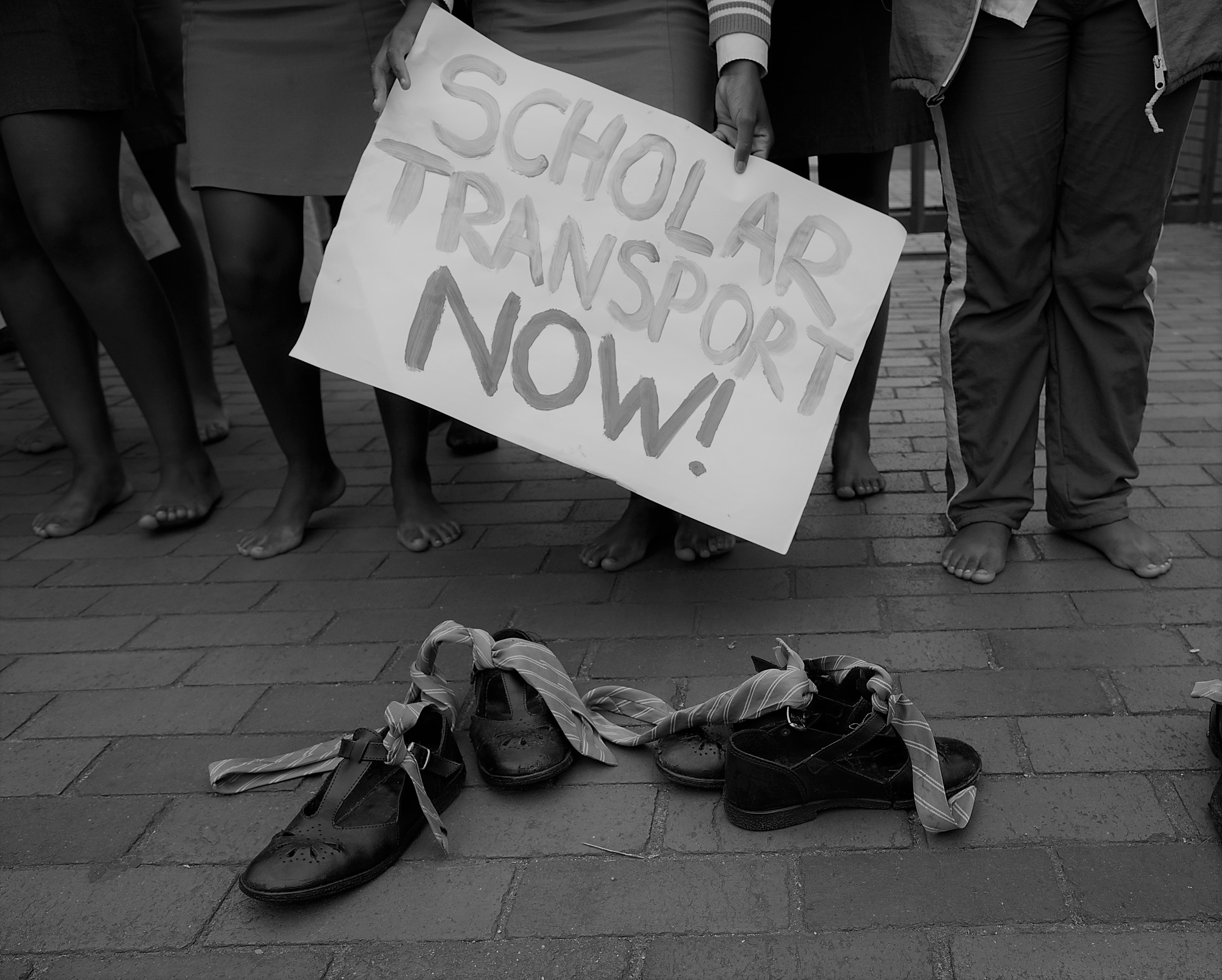 Equal Education (EE) learner members and post-school youth members are picketing outside the KwaZulu-Natal Department of Education (KZNDoE) in Pietermaritzburg today, to call out the KZNDoE for the lack of political-will shown by not adopting a final provincial learner transport policy.

In 2019, EE and the Equal Education Law Centre (EELC) got an order from the Pietermaritzburg High Court, to get the KZNDoE to release the draft transport policy by 30 January 2020. After several delays, the draft policy was finally published for public comment in April 2020 – another vital victory for our #LongWalkToSchool campaign. Along with the EELC, we made a joint submission to the KZNDoE, in which we pointed out many serious shortcomings in the draft policy.

The final policy must be able to improve learners’ access to education. It is vital for enabling thorough data collection and planning, for budgeting, and for ensuring implementation. The policy must also make it possible to easily apply for safe, reliable government subsidised transport.

Following our submission, the KZNDoE asked for an extra 60 days (until the end of October), in the lead up to the publishing of the final policy. In good faith, we agreed to the extension because of the pressure on the department to respond to the COVID-19 pandemic.

It has been a year since the draft policy was published, and today, we are demanding that the KZNDoE publish a final version of the policy that fixes the flaws in the draft, including:

We will not stop applying pressure on the KZNDoE to publish the final learner transport policy until all learners in KZN are free from the burden of walking exhausting and dangerous routes to school!

For further information or to arrange an interview, contact: