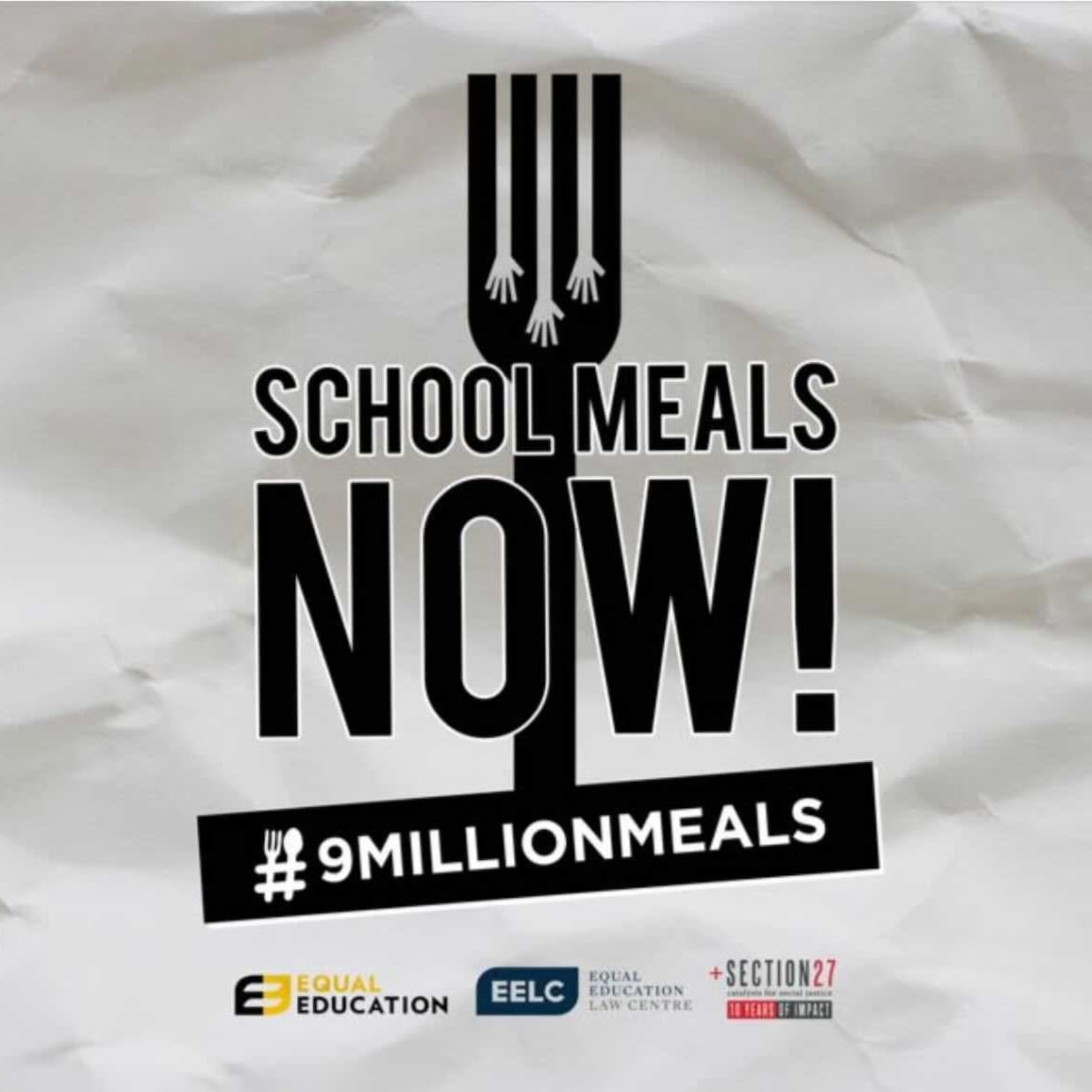 Joint media statement: Education activists and school governing bodies return to court to fight for school meals for learners that education departments have left behind during COVID-19

“… When he receives food, it does help because no one is working.”

“We are an impoverished family, so the kids become down and have no energy and they become disturbed in their studies because they are hungry.”

“It affects my child badly [when there are no school meals], to the point that he uses his time to study by finding part-time jobs to contribute to the family.”

“…If there is no food [from the NSNP] I sacrifice my taxi amount to buy the little that we need [to feed the family].”

Equal Education (EE) and the school governing bodies (SGBs) of two Limpopo schools, represented by SECTION27 and the Equal Education Law Centre (EELC), are returning to court against the Department of Basic Education (DBE) and provincial education departments for failing to rollout the National School Nutrition Programme (NSNP) to every single eligible learner in South Africa, for over a year.

We are asking for a new court order that declares that education officials have not met their constitutional obligations to provide daily meals to all qualifying learners, and have not fulfilled the requirement to submit plans and monitoring reports, as ordered by Judge Poterill in July 2020. The education MECs and Basic Education Minister Angie Motshekga should give the court reasons why they shouldn’t be fined or sent to jail for being in contempt of the court order. We are asking the court to order the national and provincial education departments to file new, revised plans to deliver the NSNP, that take into account the continued challenges posed by COVID-19.

We are asking the court to order that these new plans be filed within a month, and that the education departments file monthly updates on implementing the new solutions with the court, until the court says they can stop doing so.

In July 2020, the High Court of South Africa (Gauteng Division) ordered that Minister Motshekga and the education MECs for eight provinces must roll out the NSNP to all qualifying learners – regardless of whether learners had physically returned to school or not. Yet a full year later, education officials have failed to develop practical or realistic plans for the NSNP which address the new realities of schooling during COVID-19, and many vulnerable learners are missing out on daily school meals. Many provincial education departments have also stopped submitting the monitoring reports that the court ordered them to compile. After trying to resolve these problems directly with national and provincial education departments through letters and submissions, we are now going back to court to demand that they comply with the June 2020 court order.

Many learners have been forced to attend school according to a rotational timetable because of COVID-19. Partly due to the shortcomings in rolling out the NSNP, child hunger has remained horribly high over the past year, with the numbers of households reporting child hunger almost double what it was before the pandemic. According to the last report we received from the DBE in March 2021, approximately 1.5 million learners across the country were not receiving the daily school meals they qualify for. The NSNP is supposed to feed over nine million learners.

In our own recent survey of school officials and parents we found that:

Parents/caregivers spoke of the physical and emotional stress of learners not getting meals, especially when breadwinners have lost their income due to lockdown. Not having food hurts children’s ability to learn.

While the July 2020 judgment ordered the provincial education departments to develop plans to provide meals to learners when they could not be at school, they have continuously failed to come up with solutions to overcome barriers to getting school meals. Many provinces have repeatedly failed to submit full monitoring reports, or any data at all, on delivery.

New plans for the NSNP must be realistic and responsive to the challenges South African schools face during COVID-19, and must cater for high school learners who will have to continue attending school according to a rotational timetable. If the current systems of delivering the NSNP continue, these learners will continue to lose out on daily school meals, which is unconstitutional.

The July 2020 court order reiterates that learners’ rights to basic nutrition, equality and dignity are interconnected, unqualified and must be realised immediately. The currently inconsistent and incomplete rollout of the NSNP violates these rights.

We have asked for an urgent court hearing date within this month. Read our founding affidavit here.

Leanne Jansen-ThomasJoint media statement: Education activists and school governing bodies return to court to fight for school meals for learners that education departments have left behind during COVID-1907.06.2021