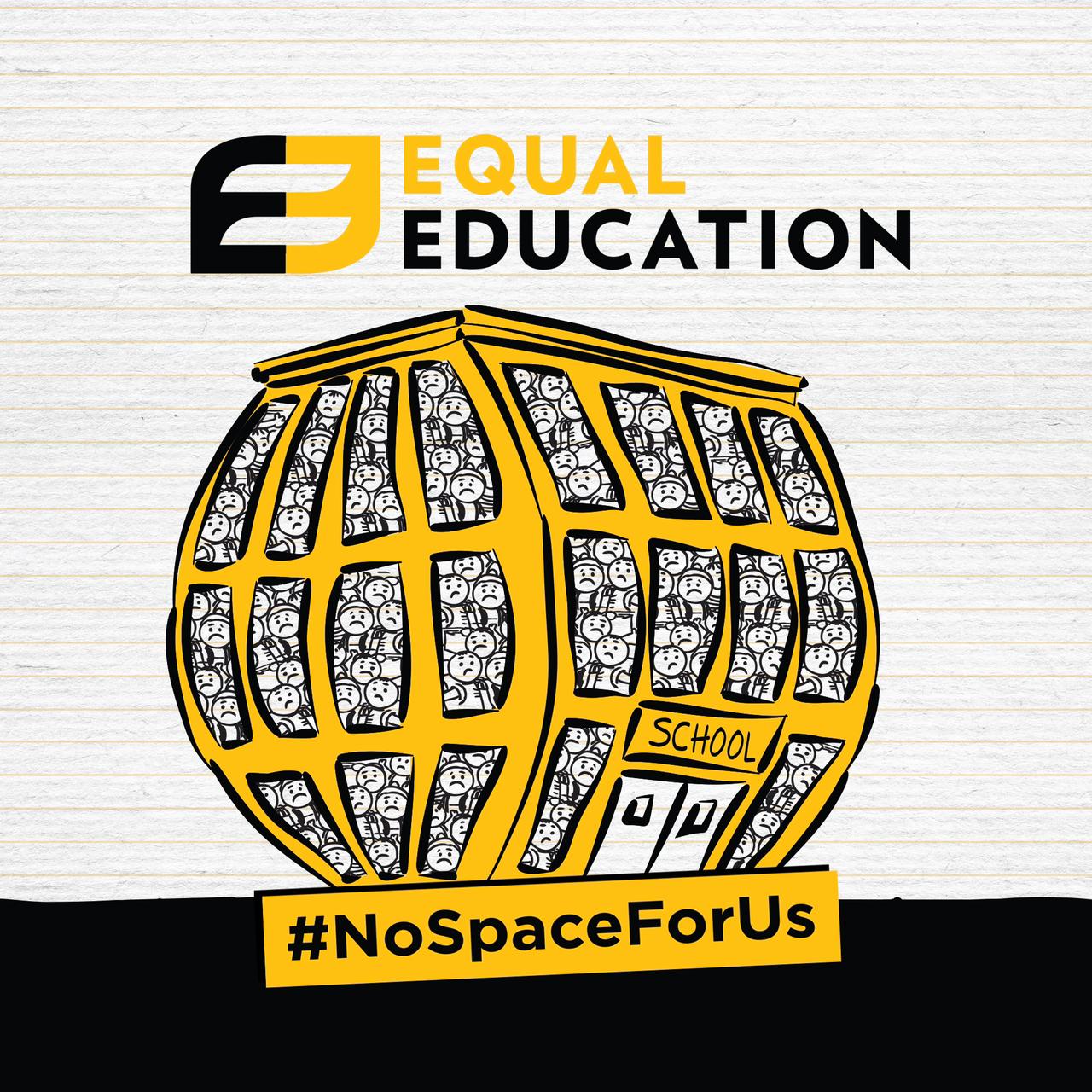 Media statement: Launch of Equal Education #NoSpaceForUs campaign and release of our research report on overcrowding in Gauteng’s schools

Today Equal Education (EE) is launching our #NoSpaceForUs campaign on overcrowding in Gauteng’s schools. The campaign is rooted in research that EE conducted, between September 2019 and June 2020, in nine schools in Etwatwa, Ekurhuleni. We collected data on 751 classes, measured and inspected 105 classrooms, and interviewed 51 school community members

Our campaign aims to provide insight into what overcrowding is in a South African context, whether Gauteng schools are overcrowded, and what the causes and effects of overcrowding are. Our research has resulted in a written report, entitled “No Space For Us: Understanding Overcrowding in Gauteng’s Schools”, in which recommendations to lessen current overcrowding and prevent future overcrowding are made.

EE’s Gauteng learner members (Equalisers) have long spoken of the significant challenge that overcrowding in schools has on their ability to learn and on the ability of teachers to teach.

Official data on the National Education Infrastructure Management System (NEIMS and Education Management Information System (EMIS) shows that of the nine Etwatwa schools that were part of our research, none had classes with too many learners, the average teacher-learner ratio was 30:1, only 35% of teachers were overworked, and only five of the nine schools had a classroom shortage.

However, our findings show a very different reality.

The huge difference between what is actually happening in schools and what government’s data says is because the measurements used by the Department of Basic Education (DBE)  and the Gauteng Department of Education (GDE) to measure overcrowding in schools do not work. First, these measurements only look at classroom buildings, learner numbers and teachers without considering other important factors like school building capacity, teacher workload and other school infrastructure. Secondly, they measure school resources using a school-wide average, like the learner-teacher ratio and the learner-classroom ratio, which tells us nothing about what individual classes look like. For example, a school-wide learner-teacher ratio will tell us nothing about what actual class sizes are because a) all teachers are not teaching all the time, and b) learners split up unevenly and even unpopular subjects need a teacher.

Our report unpacks each of these elements and highlights the dangers of leaving overcrowding in schools unchecked. It also provides four key recommendations, namely:

Our Gauteng overcrowding campaign forms part of our national school infrastructure campaign. This Monday, 29 November 2021, is the eighth anniversary of when Basic Education Minister Angie Motshekga signed the Norms and Standards for Public School Infrastructure into law. The Norms and Standards demands that all public schools in South Africa should have been provided with enough classrooms by 29 November 2020 (as well as enough electricity, water, and toilets), and provided with fences, telephones and internet.

As part of our campaign launch today, we are holding a panel discussion on the impact of overcrowding. We will also present the findings of our research and we will hear from Equalisers (EE learner members), parents and teachers about their experiences of overcrowding.