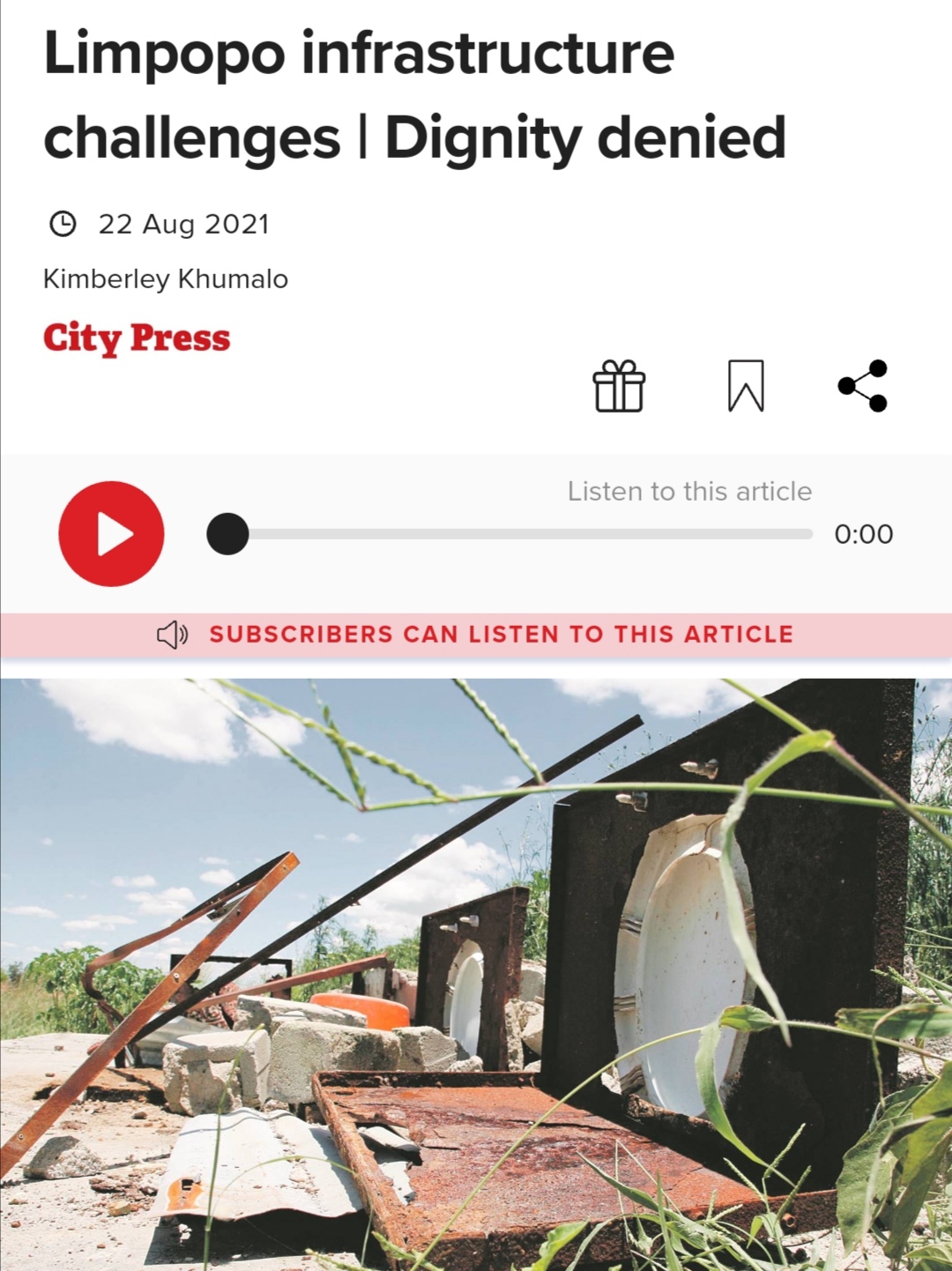 Infrastructure challenges have continuously plagued schools in Limpopo, with pupils having no option but to use undignified and often dangerous toilets for years. But it was the death of Michael Komape (5), who fell into a dilapidated pit toilet in 2014, that brought this issue into the spotlight.

This tragedy happened more than seven years ago, but social justice organisation Section27, on behalf of the Komape family and advocacy group Equal Education (as a friend of the court), are returning to the Polokwane High Court to compel the Limpopo education department to meet its obligations and provide pupils with safe and dignified toilet facilities.

Our return to court is based on the appalling plan to fix Limpopo school toilets submitted to the court by the department of basic education and the provincial education department in August 2018.

The provincial department highlighted that 1 489 schools still had pit toilets and that it would take R1.6 billion to replace them. Due to budgetary constraints, both departments stated in their court papers that they would only be able to begin addressing these sanitation issues in 2026 and possibly eradicate the pit latrines by March 2031.

This would be 16 years after the tragic death of Michael and after the SA Schools Act’s Minimum Uniform Norms and Standards for Public School Infrastructure were signed into law.

The norms and standards, which were promulgated in 2013, set clear deadlines for when schools should have appropriate sanitation. The first deadline for schools to be provided with access to water and sanitation, among other basic infrastructure, was November 2016. The norms and standards also stipulated that by November last year, all schools should have enough toilets.

The Limpopo education department failed to meet these deadlines. It is clear the department has been unjustifiably slow in delivering safe and dignified toilets to schools in the province.

The department of basic education’s most recent National Education Infrastructure Management System data state that, of the nearly 4 000 schools in Limpopo, more than half have pit latrines alongside other types of toilets on their premises for pupils to use. This is despite the fact that it is unlawful to have pit latrines on school property because of the risks they pose to pupils’ dignity, health and lives.

The provincial department has attributed the slow progress in addressing infrastructure backlogs to limited budgets and capacity, challenges with supply chain management and implementing agents (entities that build schools) and, most recently, the Covid-19 pandemic.

The previous financial year brought about several difficulties in terms of completing infrastructure projects for the provincial department.

The department’s presentation stated that 7% of its R1.25 billion infrastructure budget was reallocated towards supplying schools with Covid-19-related provisions.

The presentation revealed that the department allocated R650 million towards providing 172 schools with toilets in 2020/21, but by the end of the financial year, it had spent R295 000 of this budget and only 31 schools had been provided with toilets.

The department blamed Covid-19 for its inability to deliver toilets to all the schools it had targeted.

However, it is important to note that the department has a history of underspending and underperforming that predates the pandemic.

In addition to not spending allocated budgets, which results in National Treasury taking the money away in the following years, the department also has to reckon with poor financial management.

For example, in 2019/20, the Auditor-General’s report highlighted that the department incurred R2 million in fruitless and wasteful expenditure and R233.5 million in irregular expenditure. Poor spending and the inability to deliver critical school infrastructure point to a lack of urgency and political will by the department.

While Covid-19 and the budget cuts have had a significant impact on the provincial department’s performance, the fact is that, in the context of the culture of underexpenditure and underperformance, citing the lack of funding and the pandemic as reasons for the failure to provide schools with basics such as toilets is unacceptable.

If anything, this pandemic has laid bare the dire implications of the department’s lack of determination to provide schools with toilets. For instance, on July 20, at a briefing with civil society organisations, the department of basic education revealed that primary schools in Limpopo were still struggling with access to sanitation. This had affected their readiness for primary school pupils to return to school full time.

This is a result of years of dodging its constitutional obligations, and underperforming and underspending its budgets. The provincial department’s lack of resolve makes it difficult to advocate an increased budget allocation. The consistent failure to spend the budget in full highlights its dereliction of duty in meeting its constitutional obligation to utilise the “maximum of its available resources” to realise the right to education for pupils in the province.

The wider implications of this greatly undermine the dignity and humanity of the pupils. The outcome of the court case will hopefully encourage the department to act more urgently and have the political will to bring about the necessary improvements to school sanitation.

Hopefully, it will also stimulate the department to perform to the best of its abilities and to utilise its available resources effectively.