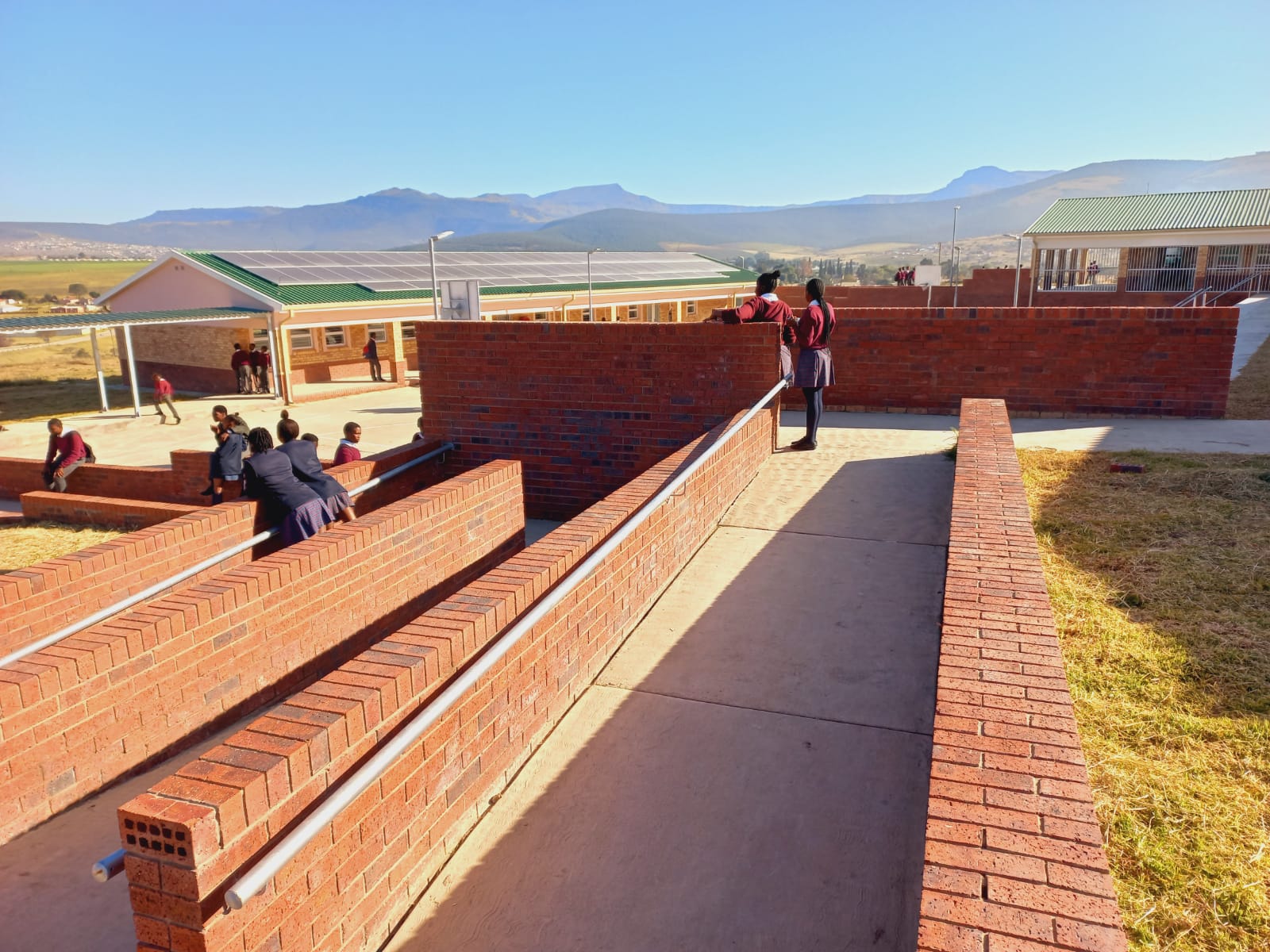 Statement: A long-awaited victory for learners at Vukile Tshwete Secondary as they move into a new school building!

“I am so excited, after 5 years of studying in a bad condition I can write my matric exam in a decent school that has a better environment. We finally have electricity, toilets and a hall to write our exams.”

Learners and teachers at Vukile Tshwete Secondary School in Keiskammahoek in the Eastern Cape have finally moved into a new school building that is safe and is appropriate for quality teaching and learning! This long-awaited victory comes after close to eight years of pressure from Equal Education (EE) learner members at the school and throughout the province.

Until now, learners and teachers have had to put up with a school that was made of asbestos and wood structures, with an unreliable electricity supply. Learners had no choice but to make use of plain pit latrines – which are banned by the Norms and Standards for Public School Infrastructure.

The construction of the new school building started in April 2019, after five years of advocacy and pressure on the Eastern Cape Department of Education (ECDOE) by EE’s learner members at Vukile Tshwete and throughout the province. [Read our advocacy timeline here.] Vukile Tshwete Secondary is highlighted in EE’s 2016 school infrastructure report, Planning to Fail, which shows some of the schools in the Eastern Cape with the worst infrastructure problems that needed urgent action from government.

Over the years we have demanded action from the ECDOE and the implementing agent responsible for managing the building project (Coega Development Corporation) – by holding pickets, marches, night vigils, and relentlessly pursuing regular meetings with both these key stakeholders.

[Photos showing the old and new school building are attached to this email.]

The unacceptable length of time that it has taken to rebuild Vukile Tshwete Secondary is a clear example of why there needs to be greater accountability and transparency around school building projects. In our report on implementing agents (IAs), who build schools on behalf of government, we highlight how important it is that information about contractors and IAs assigned to school projects, timelines for construction and building plans be available to schools and the general public. For big infrastructure projects like this, there should be a steering committee at the school, which brings together various stakeholders and school staff to monitor the progress of the project. However, as our report showed, such a committee did not exist at Vukile Tshwete and government is failing to implement this requirement. These committees help school communities to hold IAs, contractors and the government accountable. Finally, where contractors or IAs underperform, government should be blacklisting them. The Draft Public Procurement Bill is an opportunity to fix some of these problems, but government is stalling on getting this important law finalised.

We celebrate this important victory for the school community of Vukile Tshwete as learners have been spared from spending another winter in a school that was literally falling apart. The struggle for better school infrastructure and project transparency continues, as many schools in the Eastern Cape wait for their turn to be fixed.