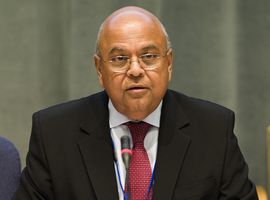 Minister of Finance Pravin Gordhan along with former senior officials in the SA Revenue Service (SARS) have been asked to present themselves to the Hawks tomorrow (Thursday) at 10am. Since returning to the Finance Ministry in December, after the firing of Nhlanhla Nene, Gordhan has held the line against individuals linked to President Jacob Zuma, including SAA’s Dudu Myeni,